Every parent wants to see their child hold their head high and be completely confident and comfortable with who they are.  However, the journey for some is often a longer one than others, depending on so many factors including a child’s genetic makeup, their resilience, the encouragement they receive, their self-belief, the list goes on!  However, perhaps my biggest breakthrough with my kids was the other day after I spoke with a sports teacher about my daughter’s lack of confidence when playing netball.

I asked the teacher what her thoughts were, as my daughter wasn’t very keen on playing and I was finding it hard keeping her interested.  I expected the teacher to say she just needs more encouragement and time and I’d just need to keep giving her lots of positive feedback; however, this wasn’t her reply at all. Instead she said yes, it’s true that we can try and instil confidence in our kids, however, in her experience a massive part of confidence came with skills.  My daughter needed to improve her netball skills by practising the basics and watch how a live game was played.  What??  These simple words were so foreign to me but made so much sense, I had overlooked the basics.  Teachers often talk of scaffolding, where you teach a child one skill at a time and build on these, however, I hadn’t really spent the time putting this into practice.

A lot of the time I had relied on professionals to teach my kids skills, however, it suddenly made sense that in clubs and at school, they were one of many kids, all at different stages.  I had to calve out the time to teach them skills.  I had to scaffold.

Lately I have been upskilling my kids in all different areas of their life, even with simple things like peeling a carrot – and it has had a massive impact on their confidence. I often catch them smiling as they complete a task successfully by themselves.  However, the big lesson here for me has been making the time (and use a lot of patience) to teach them how to do something until they’re comfortable doing it by themselves. Some parents may already do this naturally with their kids, however, if you’re like me some simple steps can be useful to remember.

5 steps to Build Confidence through Skills

It takes time to build skills with a child and it’s easy to become overwhelmed by the amount of skills a child needs to learn. For me the easiest way to start was getting my husband on board.  We agreed that the areas to start with would be cooking and sports.  He would teach my daughter one skill at a time to do with cooking and I would teach her one skill at a time to do with sports.  For example, I started teaching my daughter how to throw and catch a ball and my husband taught my her how to cut up cucumbers.  Once she mastered that skill, we moved onto the next one and scaffold.  I think for single parents, asking an older sibling to get involved can help or even just looking at one skill a week.

Kids can’t be expected to know how to do something straight away. To start with we need to take the time to show them the basics.  Demonstrating how to peel a carrot or throw a ball is part of coaching and completely necessary for our kids to grasp a concept.  We might need to demonstrate at least 5 times before it clicks into place.

Step back and ask your child to show you what they observed, then guide them through the process while praising their effort along the way. It’s important that a child feels they are doing something well, even if it’s giving something a go!

Once your child starts doing a task well, ask them to show you how they do it by themselves.  Then get them to show you again, just to make sure they understand and are keeping safe.  My son now makes his own cup of tea, however, I spent a week showing him how to boil a kettle and pour water without scolding himself.  Then how to push the kettle and cup back so our little boy doesn’t tip hot water onto himself.

The important part is that your child feels that they are doing well by giving it a go.  ‘Good try’ are great words to use here while they are learning.  ‘I’m really proud that you’re trying something new’.  ‘You’re very brave trying something new’.  Then when they are competent in a skill, ask them how they feel about being able to do it on their own and what they know.  This only helps a child feel more confident as they reflect on how far they’ve come.

Confidence can be generally defined as believing in our abilities to do something. However, what I learnt was it comes down to more than beliefs and a ‘have a go’ attitude.  Often confidence can be boosted by having skills under the belt and a child knowing that they can achieve things with time and practice. 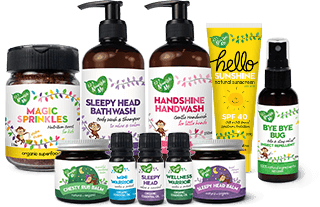