Starting the new school year can be really exciting for many kids and can also cause a lot of anxiety for others.  There are so many unknowns; new teachers, classmates, classrooms, new subjects, the list goes on!

However, every child deals with change differently.  Some fear it and some accept it with open arms.  While my little girl is itching to get back to school and get stuck into the new school year, my eldest boy has a deep fear of the unknown with schooling.  He’s my sensitive child who is cautious when trying something new. He likes the familiar and thrives on routine.  So you can imagine that when he started a new school halfway through last year he found it really challenging to transition to a new environment, especially developing new friendships.  He found that the boys in his class made their friendships in the soccer field.  They were out on the field twice a day and because he wasn’t naturally interested in sports, he found the friends he initially made started dropping off.

It was only once I spoke to his teacher, who was very open to making sure everyone felt included, that he finally found his way.  She got out on the soccer field with him until he felt comfortable.  Amazing!

However, there’s now been a long break between socialising at school and those old feelings of being the newbie are resurfacing.  So this time I’m guiding him into the year, starting with preparing him for what lies ahead.  In fact preparation is key. The more a child feels familiar with what’s about to happen, the more they can relax and feel confident.  If they feel they’ve done it before, it’s no longer part of the unknown.

5 tips to make the transition back to school a positive experience.

If your child is feeling a bit nervous about going back to school, ask them about their worries. Then be curious about those worries.  Ask them ‘What part of that makes you worried’ and ‘How long has this been going on?’  The more a child talks about their concerns, the more they diminish if they have someone who empathises with them.

Finally, once your child has fully talked about their concerns and have problem solved with you, this is your opportunity to guide them.  Let them know it’s normal to have worries and that you’ll be there for them.

Sometimes role-playing a certain situation with your child can help him or her make a plan and feel more confident that he or she will be able to handle the situation. For example, when a child starts a new school year, one of the first things they’re asked in class is what they did during the holidays.  You can prepare your child by talking this through beforehand and getting them to talk about what they did during the holidays, with you as the teacher.  Recap with your child, (after all 10 odd weeks is a lot to remember!).

Talk through the steps

Even something as simple as walking to their classroom can help relax a child. “And then we hang up our bag on our hook; we say hi to our friends; we find our seat…etc”

Get back into the school-day routine at least a week early – waking up, eating and going to bed at regular times.

Introduce some lavender and magnesium if your child is having a hard time sleeping.  Parents rave about our Sleepy Head Balm. 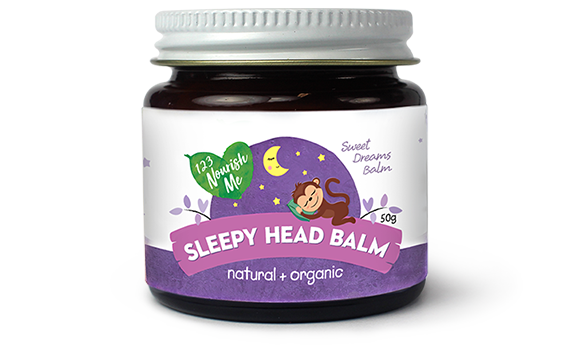 Get your child involved in planning out their lunches and snacks for the first week back.

Also get them to make a list of the things they need to do before they leave home to make sure their day goes smoothly.   Here’s an example;

Just remember that most kids can be nervous about starting the school year as they are so many unknowns.  Make sure they know that’s normal that’s what also makes it exciting.  There are new adventures to be had, new challenges, new friends to make and new things to learn.  With change there are also new opportunities.

Have you hugged your child today? 🤗 💚Our

Leave these OUT of your trolley today❌We expect

We lost a record number of followers last week. It

Biophilia’ is the healing power of nature. 🌿

Okay this info may blow your mind 🤯 Want your

Tell me, do your kids love or loathe eggs?? Tell m

Do you want our Hidden names for MSG List? 🤔Com

SHARE this info 👍It’s a NO BRAINER 🤯to use

Do you know the story behind the ingredients In yo

Double tap if you want to try Lemonade with a twis

Hit SAVE on this post ❤️and TAG a friend 4 W

A huge discount coming tomorrow for our newsletter

50% off our stunning Organic Roll On Confidence Oi

Swipe 👉 for the prettiest pair we ever did see

Our Organic Kids Tea is great for the whole family

WHICH ONE ARE YOU? 🤔 You probably didn't even

Did you ever notice the less toys kids have the ri

As fast as we can make Magic Sprinkles we sell out

Okay here’s a question - do you have any nigglin

Ready to receive our
5 most popular recipes?

We will send it straight to your inbox!